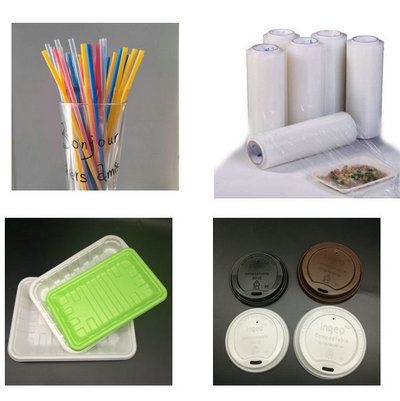 What is PLA, and what is it used for?

Polylactic Acid (PLA) is different than most thermoplastic polymers in that it is derived from renewable resources like corn starch or sugar cane. Most plastics, by contrast, are derived from the distillation and polymerization of nonrenewable petroleum reserves. Plastics that are derived from biomass (e.g. PLA) are known as “bioplastics.”

Polylactic Acid is biodegradable and has characteristics similar to polypropylene (PP), polyethylene (PE), or polystyrene (PS). It can be produced from already existing manufacturing equipment (those designed and originally used for petrochemical industry plastics). This makes it relatively cost efficient to produce. Accordingly, PLA has the second largest production volume of any bioplastic (the most common typically cited as thermoplastic starch).

There are a vast array of applications for Polylactic Acid. Some of the most common uses include plastic films, bottles, and biodegradable medical devices (e.g. screws, pins, rods, and plates that are expected to biodegrade within 6-12 months). For more on medical device prototypes (both biodegradable and permanent) read here. PLA constricts under heat and is thereby suitable for use as a shrink wrap material. Additionally, the ease with which Polylactic Acid melts allows for some interesting applications in 3D printing (namely “lost PLA casting” - read more below). On the other hand, its low glass transition temperature makes many types of PLA (for example, plastic cups) unsuitable to hold hot liquid.